Welcome Rangers to ‘Power of the Grid: A Heroes of the Grid blog’ that delves into the newest cooperative board game where you play as the Power Rangers as they defend several locations from various familiar minions, monsters, and bosses. While the game itself may only be a little over a year old, Renegade Game Studios has already released several expansions, with Wave 2 due to release in late October or early November. 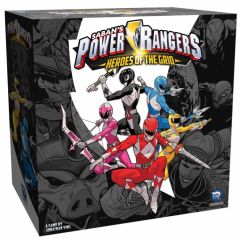 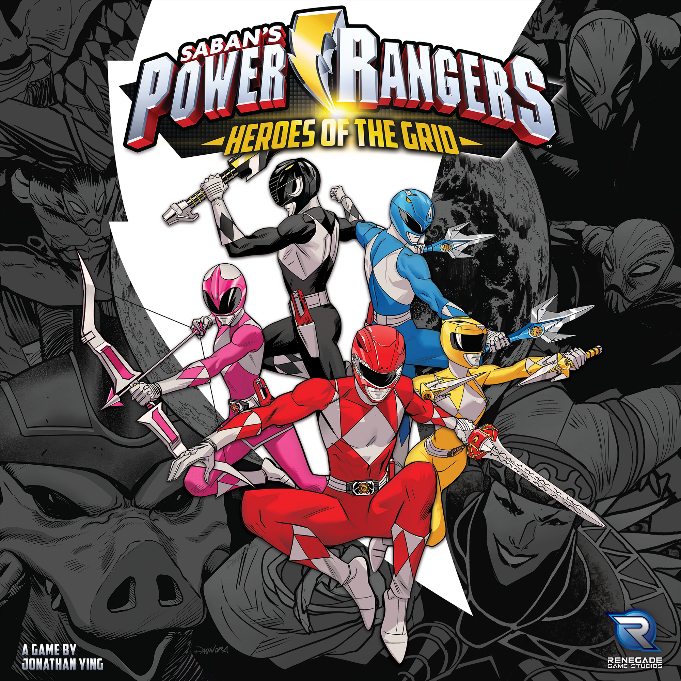 Our first article is a real treat as we chat with the game designer himself, Jonathan Ying, to give us some insight into the development and vision for the game!

So without further ado, let’s get the formalities out of the way! Can you tell us a bit about yourself Jonathan? Your background, specifically in board game design?

Hello! My name’s Jonathan Ying, I’m a game designer based in San Diego California. I got my start in the industry at Fantasy Flight Games working on games like Imperial Assault, Battlelore, and Forbidden Stars. Eventually I went freelance, developed my own game, Bargain Quest, and when I moved to San Diego I started working with Renegade Games on Heroes of the Grid!

That’s basically the high-speed tour of my Game Design career. There’s a few other projects and products in there but that’s the gist of it at least.

What is your history with Power Rangers and what drew you to design a board game centered around the franchise? What differentiates Power Rangers: Heroes of the Grid (HotG) from previous board games you have designed?

So in my first meeting with Renegade Games, we were discussing potential projects we could collaborate on and Scott idly asked if I knew anything about Power Rangers.

Heroes of the Grid was the first fully cooperative game I’ve ever designed and that was certainly a huge challenge. I’ve always been a fan of the genre, with designers like Tim Fowers and Matt Leacock being huge inspirations I think I managed alright.

What have been some of the challenges designing this game, especially working with a very beloved and popular series that people look back fondly on?

I think the sheer scope of the franchise is pretty daunting. One of the strange elements of the show is that over 25 years every fan came in at a different point and has different associations. So while there’s a lot of Mighty Morphin’ fans, we’re constantly getting people asking “So when are you doing Dino Charge? When are you doing Time Force?” Ideally I want to be able to do them all but from a logistical view it’s a tall order, and it’s hard to force players to wait a long time for the characters that they really want.

Beyond that the power scaling in the series can be pretty wildly different. The White Ranger for example is presented as being notably more powerful than the other Rangers which could present balance issues when trying to make them feel right in the game. Not to mention the unique gimmicks for the bosses can make them hard to compare when it comes to testing.

What were some early proposed mechanics that just did not pan out, or were there mechanics early in the development cycle that completely shifted into something else?

For a long time we had a dice pool mechanic that resembled Escape: The Curse of the Temple or Ashes: Rise of the Phoenixborn, with different cards using various dice results as resources. This was a neat idea but ended up being a little bit slow as players would spend a long time figuring out the most efficient strategies for spending their dice.

I wanted the attention placed more on answering threats and making interesting combos, which is how the combat card system came to be!

From concept to shipment, how long does it take to develop an expansion? Additionally, which is harder to design, the heroes or villains?

It varies between 3 and 6 months depending on the complexity of an expansion. It gets a bit trickier as we have more and more content that the new stuff has to be compatible with. As Ranger and Enemy abilities get weirder we find more and more edge cases. Thankfully our playtesting team is really good!

I think the villains are a bit tougher to design if only that they have slightly fewer mechanisms to work with so it’s a little trickier to have them play in unique ways. Since they’re controlled by an AI they don’t have play-styles so much as behaviors and the ways they interact with the system is a little more limited than human controlled Rangers.

BOOM! Studios is doing great with the comic medium: have you thought about creating your original rangers, monsters, villains, Nemesis or bosses with Hasbro’s blessing specifically for HotG?
We’d love to add our own Rangers to the franchise, but only if it can be thematically appropriate.

Now let’s talk about the content itself. What has been your favorite ranger team, villain, or zord to design?

I’m usually pretty excited about whatever we’re currently cooking but since I can’t talk about that yet I’ll say that I was VERY excited to do the Ranger Allies pack. Since it contained characters from a variety of backgrounds and playstyles it gave us a lot of flexibility in the sorts of mechanics we could explore and I was really excited about the selection of characters.

Favorite season is really tricky, but I’m very fond of the original Mighty Morphin’ days and even though it’s polarizing I was really engaged by how crazy RPM turned out to be. Dino Charge was also super fun. Regarding villains and monsters, the Boom Studios comics have been putting out some killer baddies. Dayne in particular was super cool. Monster-wise I think Pudgy Pig is one of the most iconic and ridiculous Mighty Morphin’ foes ever, and I love him.

How has community interaction and involvement been? Have there been any surprises about how the community has worked in tandem with you and, in their own way, taken ownership post game launch?

This is the first time I’ve been so involved with the community that’s sprung up around a game I made and the response has been pretty overwhelming! I’m incredibly humbled by the passion and excitement that the HotG community puts forward as well as the sheer positivity and great vibes that they generate. Most fandoms can get toxic after a certain point but so far the HotG community is astonishingly wholesome and supportive!

Speaking of interacting with the community, a clever way Renegade has kept the community engaged beyond the standard and “Assault Mode’ difficulties is the scenarios. Can you give us some insight into them? Are they based on recreating moments from the show or showcasing the normal mechanics in clever ways?

The scenarios are a fun little way to spice up the game and provide a great test-bed for experimenting with certain mechanics. Part of the base game is the Monster-of-the-Week feeling so there’s no real campaign structure. The scenarios give us a chance to introduce fun variants or mix up the gameplay without making players feel like they HAVE to learn a whole new ruleset every time they sit down to play. Some of them are based on parts of the show, while others are just fun experiments with the game mechanics. They’ve turned into one of the highlights of the game for me.

You have released two very successful Kickstarters, with a third ‘preorder’ campaign on the way. Can you give our fellow rangers and readers an exclusive preview of upcoming content in the next Kickstarter set to launch in October?

I think we’ve done most of our big announcements on the Facebook Page at this point, but I can give you one piece of insider info: each of the new monsters in the Legacy of Evil Villain Pack does something that we’ve never done before in the game rules, one of which was actually suggested by a fan!

Definitely recommend that folks check out the FB page for more updates!

That’s all for today Rangers! In our next article, we’re going to preview the upcoming ‘Rise of the Psycho Rangers’ expansion! If you’re wanting more information, be sure to check out the board game on Facebook at ‘Power Rangers: Tabletop Games - Renegade Game Studios’ with the link below:
https://www.facebook.com/groups/powerrangersheroesofthegrid/
Additionally, be sure to follow the Facebook page as ‘Legendary Rangers: Forever Rangers, Villains Pack #3, and the Squatt/Baboo duo pre-orders are open now!
https://www.renegadegamestudios.com/products?category=Power+Rangers
Finally, if you wish to purchase the base game and find out more, sure to visit the official game website!
https://www.renegadegamestudios.com/power-rangers

May the Power Protect You and…
‘Its Morphin’ Time! Tigerzord!’
-Joshua ‘Razgriz’ Trope

Special thanks to Jonathan Ying for participating in the interview and Renegade Studios for providing stock images for the article, as well as Rebecca Cawyer Andrew Eater, and Kelbie Kennedy for their help with edits. 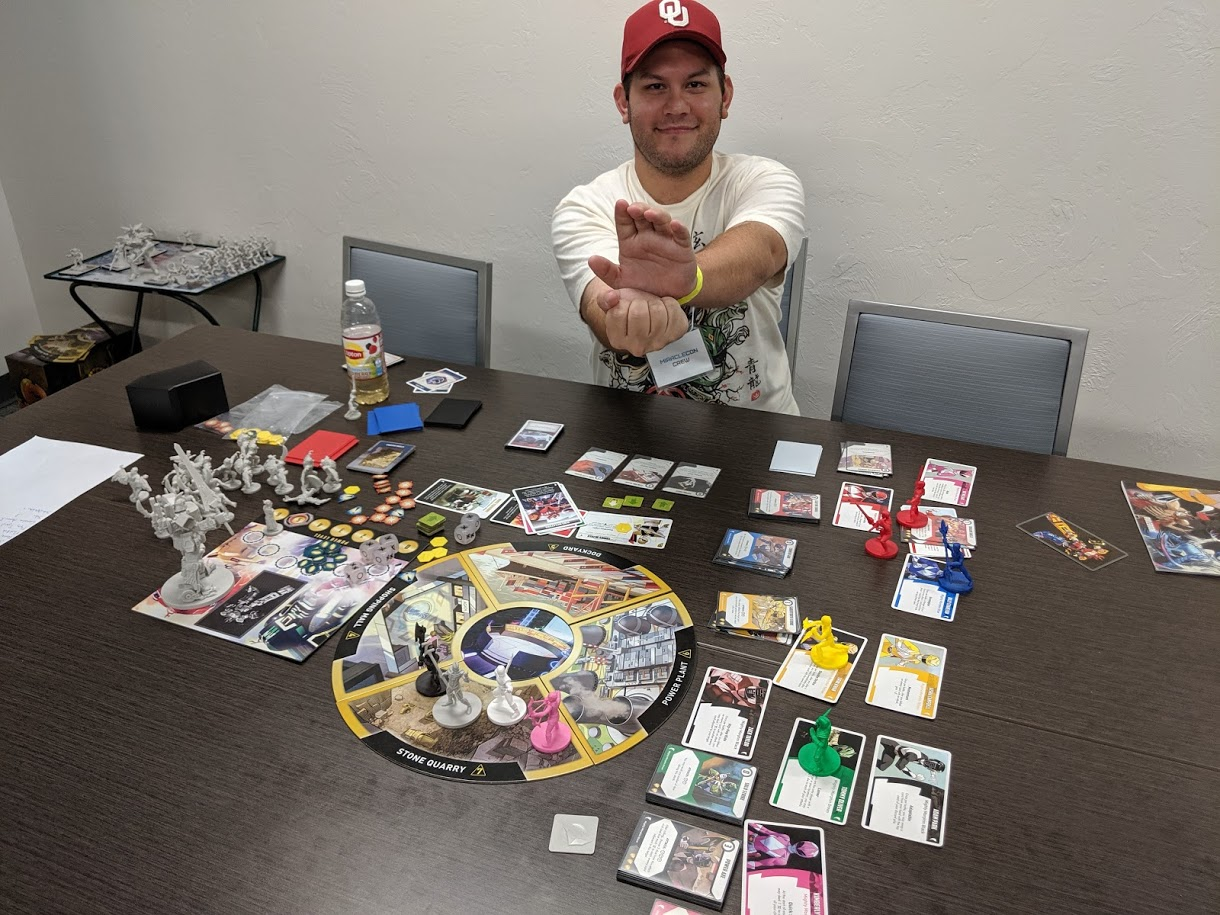 Joshua Trope is a forever DM, video game enthusiast, and a lifelong Power Rangers fan. Currently, Joshua is a play tester for Power Ranger: Heroes of the Grid and a moderator for r/PowerRangers. In addition to playtesting Heroes of the Grid, Joshua had published several promo cards for the fan made game ‘Twilight Sparkle’s Secret Shipfic Folder.’ You can usually find Joshua with his trademark OU hat and Nintendo 3DS running panels at conventions, sightseeing, or cheering on the OU Sooners on game days. Oh, and Princess Cadance is best pony...