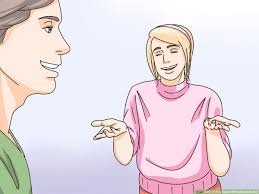 Ever have trouble picking out the best game for you and your playgroup?  Of course you have, because there is an abundance of variety when it come to board games, just like movies or food.  It's often a task to determine what you should pick up because you're not quite sure what you will like.  That's where we come in!  We can't count (no seriously, what comes after 5?)how many times a day people come in or call asking for advice on what they should pick up, so why not make a blog about it and give you another source of information?

The first question we ask our customers is "are you a new or an experienced gamer?"  A newer player will tend to want something a little lighter and easier to learn and play; whereas an experienced gamer will look for something with a bit more heft and difficulty.  Games are typically broken down into two main categories: Mainstream and Hobby. There is some overlap between the two, but for the most part you can easily classify a game as one or the other.

Mainstream games are definitely the ones you've most likely heard of and/or played because they are . . . well mainstream.  Hobby games are the ones that are a bit more niche. They are the games for gamers. Both categories can be broken down a bit further into sub-categories.

Abstract games stay accurate to their name because they fall into both of the main categories.  These are games that tend to require a lot of thought, both strategically and tactically (another good topic for a blog). Some are simple in nature (Mainstream) like Checkers or Tic-Tac-Toe.  Even Chess is classified as Mainstream even though it has an unrivaled ceiling for difficulty and replayability; others are a bit more challenging like Blokus or YINSH.  The level of difficulty usually determines whether the game is classified as Mainstream or Hobby, but level of difficulty is so vague, that it's easier to just make Abstract it's own category.  One that can bridge between both the Mainstream and Hobby archetypes.

That's it for this one.  Expect more a more in-depth look at some of our favorite games from these genres later on.  Give us some feedback in the comments! Let us know which of these genres is your favorite, which ones you want to know more about and just more stuff in general for us to talk about!!