Gloomhaven Jaws of the Lion Review

Gloomhaven Jaws of the Lion Review

Today I’m going to be reviewing Gloomhaven: Jaws of the Lion, a delightful CO-OP board game with strong TTRPG characteristics. Released in early August of 2020, JotL is a smaller and more streamlined version of the original Gloomhaven board game. With a total of 24 scenarios and four new player characters, Jaws of the Lion still packs quite a lot of gaming into one box.

If you’ve played the original Gloomhaven board game then the gaming mechanics for Jaws of the Lion will seem very familiar. Players can choose from one of four characters, each with their own special abilities, and each player gets a unique deck of ability cards for that character. Each card has two abilities listed, one on the top half of the card and one on the bottom half of the card, as well as an Initiative value. Each round, players choose two cards from their hand to play. The initiative order is determined by the initiative value of the first card played, and each player gets to perform one ability from the top half of one card and the bottom of the second card. The lowest initiative value gets to go first, and the abilities can be done in any order the player desires.

While playing the Voidwarden, this was one of my favorite early game move sets. I even dubbed it The Flashbang. I perform the top ability from the Turn Out the Lights card, followed by the bottom ability of the Suggestion card. If I wanted to increase my chances of going first in the round, I played Suggestion on top, as the Initiative value in the center of the card is lower. If my ally wanted to go first, I would play Turn Out the Lights first.

There are some differences between gameplay in the original Gloomhaven game and Jaws of the Lion. While the 2017 version of Gloomhaven used click together dungeon tiles for each scenario, the scenarios for Jaws of the Lion are played directly on the scenario booklet. This drastically cuts down on bulk and speeds up gameplay, and keeps intro and flavor text for each scenario within easy reach. Additionally, while Jaws of the Lion keeps some of the campaign elements of the original, the entire game takes place within or just outside the city limits of Gloomhaven. As a result, the game map is much smaller.

Once the rules of play have been figured out, the gameplay is pretty straightforward: Kill enemies, plunder gold and treasure chests, and finish the scenario relatively intact. At the end of each completed scenario, players can determine how much XP and money they’ve earned and add it to their character sheet. Money can be used to purchase items after completing scenario 2, and characters level up and gain new abilities when they earn enough experience.

But what makes Gloomhaven: JotL so fun to play? And where does it fall a bit short?

Gloomhaven: Jaws of the Lion has a unique “set up and play” system that makes learning the rules simple and streamlined. Instead of poring over a tome full of rules and spending precious game time bickering over confusing intricacies, JotL eliminates that by teaching you the rules to the game as you play. Starting in scenario one, players learn how to use the basic abilities their characters possess, while the monsters they encounter have a very simple ‘Move and Attack’ mentality. In scenario two, the monsters become more difficult as they also have abilities they can use. Each successive scenario evolves the gameplay further, and when the first five scenarios are completed players have learned all of the different rules and various intricacies of the game.

Another positive is the condensed footprint that JotL has in terms of play area, storage area, and on the wallet.

The original Gloomhaven used a series of tiles to create sprawling dungeons. While this may make the experience more closely mimic the dungeon-crawling adventures of traditional TTRPGs such as Dungeons and Dragons, the extra bulk from the tiles and the extra time for setup is a bit of a deterrent. And storing the HUGE box full of all the tiles and assorted bits can be a hassle.

Gloomhaven: Jaws of the Lion removed the tiles altogether, replacing it with full-color dungeon maps within the scenario booklet itself. This simultaneously cuts down on the bulk and cuts down on the shelving footprint. And, in addition to having a smaller box, JotL also has a smaller price tag.

Another plus side? Everything is easy to keep organized. Personally, I hate it when my board game boxes get messy and my cards and tokens get tossed around everywhere. But everything (and I do mean everything) is organized in this game. Each different basic monster gets its own little bag for cardboard standees, initiative token, and ability decks. Each of the four characters has a separate little box to keep their ability decks, player cards, and character sheets together. And all of the various tokens that will be used throughout the game have a nice little plastic tray that they can stay in. Does it all fit nicely back into the box between scenarios? Mostly. But nothing ever seems to fit quite right again once you start punching out all of those little cardboard pieces. It makes things a lot tidier, even if you’ll never quite get the lid to fit perfectly over the box again.

Taken altogether, the simplified learning curve coupled with the faster set up and the nicely organized box makes the entire game night more enjoyable. Less time reading through the rule book, less time getting the board ready for play, and less time scrounging around for all of the pieces you need means more time for the good stuff: Playing the game.

For all the great things Gloomhaven: Jaws of the Lion has going for it, there are a few small areas where it could be better.

Perhaps the most obvious of these is in the hero characters. Players can choose from four different characters. Close inspection quickly shows that these options are very stock; the four hero characters fill the basic team roles of Support, Tank, Ranged Attacker, and Melee Attacker. While it’s definitely understandable why such a limited choice of characters is available, the early campaign scenarios are a bit bland with such a limited set of abilities.

However, the same can be said of low-level TTRPG characters. A level one wizard is going to have a difficult time burning a room full of elite monsters to a crisp, and they certainly won’t be doing much to advance their abilities in a second class so soon.

My hope is that as the campaign progresses more options for personalization will emerge. Gloomhaven does an excellent job of mimicking the campaign progression aspect of RPGs in a board game setting and play style. This will certainly extend to their hero characters to some extent.

The second area of improvement might be in the overall engagement when JotL is played with only two players. The game allows anywhere from one to four players, with a single player controlling two hero characters. The more hero characters in play, the more monsters there are to fight. However, the overall energy present in the game seemed to be lacking when there were only two players. What might have been missing is difficult to determine. Perhaps an additional monster or two might have solved this issue. Playing with the monsters set to a higher level may have also helped. Repeating the initial campaign scenarios with a different set of hero characters might make the difference. Ultimately, there was something about the circumstances that we played through that felt a little too safe and easy.

My concession to this is to also say that my team is still in the early part of Gloomhaven: Jaws of the Lion, where the rules are still being explained and the campaign is not quite in full swing just yet. While scenarios one through five might seem like we’re playing on easy mode, scenarios ten through fifteen may leave my team sweating. And I hope they do. Nothing gets a gamer’s heart racing quite like helping their pencil and paper creation evade certain death time and time again.

Despite the small flaws present in the early scenarios, Gloomhaven: Jaws of the Lion is an excellent game. I am very excited to see what the full campaign has waiting for my team, and I highly encourage fans of traditional tabletop roleplaying games to give JotL a try.

The “set up and play” system makes learning the many rules faster than expected, and having the dungeon maps directly in the scenario booklet cuts down on bulky game tiles. The city map has a delightful Legacy feel to it, with stickers showing the progression of the campaign as the heroes complete each scenario.

All in all, I will definitely continue playing Gloomhaven; Jaws of the Lion. I hope you decide to give it a try as well.

Good luck and Game On! 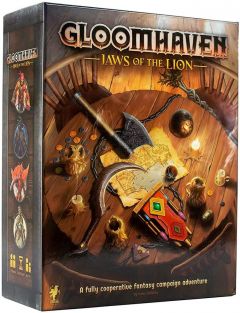 Gloomhaven: Jaws of the Lion
$49.99
Click here for more details
← Previous Next → 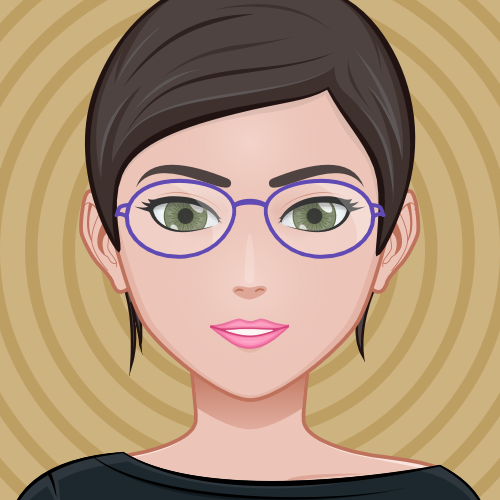 Jacklyn Hennion is an avid lover of sweets and wine. She enjoys Netflix and video games and
often spends the evenings winding down with a bit of crochet work. She has a variety of creative
hobbies, including miniature painting and soap making. She also loves playing board games
with her family. She and her husband live in Norman, Oklahoma with their cat, Chansey. Follow
her blog at JacklynHennionAuthor.com for book reviews and news about Jacklyn’s upcoming
book release...