The universe of a Galaxy, Far, Far away… is an ever changing landscape of infinite stories and the Star Wars RPG system developed by Fantasy Flight Games takes advantage of this by allowing you, as either a Game Master or Player, to insert yourselves into the myriad of adventures that the galaxy holds. From fighting a guerilla war against the evil Galactic Empire, to exploring a long abandoned temple on an ancient world hunting for treasure and glory, or even leading the forces of the Grand Army of the Republic as a Jedi Master the possibilities are only limited by your imagination.

If I have piqued your interest, good, because today starts a series of articles designed around getting new players introduced to the system. Today we are going to cover the three different systems (mor

e on that in a moment) that make up the game and the bare minimum you need to get started playing.

The Star Wars RPG is a core rule set that acts as a foundation for three different games that are 100% compatible with each other. These Three games are: Edge of the Empire, Age of Rebellion and Force and Destiny.

Edge of the Empire is built around the idea that your game will take place in the Outer Rim or center around the seedy under belly of proper galactic society, and the character options and species reflect this idea. You can play anything from a Trandoshan Bounty Hunter to a Corellian Smuggler, if you really want to have fun you can even play as a Hutt!

Age of Rebellion is for you freedom fighters who want to re-enact the more militaristic side of the Star Wars universe and wage all out war against the villainous Galactic Empire. From being a Diplomat that fights battles with eloquent speech all the way down to lowest grunt who wants nothing more than to blast every bucket head (Storm Troopers) they see to claim vengeance for a lost family member, to the victor go the spoils of war. Of course, the core book for Age of Rebellion can be used to run a more evil campaign should the mood strike you…

Force and Destiny is for those of you you want some more “mysterious” elements in your games. This book greatly expands upon the basic force rules present in the previous two books mentioned, and introduces many more species and even rules to build your own custom lightsaber. It is important to mention though, this system doesn’t feel powerful at first, but once your character hits their stride and  you have an adequate amount of XP you begin to feel the true power of the Darkside I mean the force. 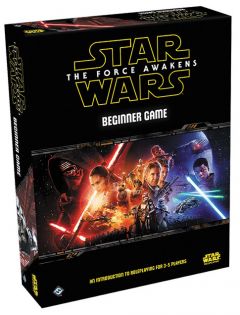 On top of the core books there are six career books per system and two campaign modules and at least one “regional” source book, for example; Lords of Nal Hutta for Edge of the Empire is a source book for Hutt space and some of the species and adventures found there.

At the time of writing there are also three Era books that cover pivotal points of the Galactic timeline.

First up we have Dawn of Rebellion. This book covers the roughly 5-year period prior to A New Hope when the Rebellion was just truly beginning to form and the Empire was in the final stages of cementing its hold upon the Galaxy. Inside you will find several universal talent trees ( more on those in a later article) , species, vehicles, and pretty much anything from Star Wars: Rebels, Rogue One and other movies and shows that take place during this time frame. Along with dossiers on planets and events that are essential for any GM planning a campaign in this era.

The next two books cover the same event but break it down into two halves to give this event the coverage it deserves. What’s this event you ask? Why it’s the Clone Wars.

First up is Rise of the Separatists. This book covers the Buildup, Opening Shots and roughly first half of the Clone Wars and introduces several species that played a critical role in this Era including Clones. That’s right in this book we finally get stat blocks to play as clones.

Second for this Era is Collapse of the Republic. This book includes even more Clone Wars era species and plot points/event seeds that lead up to the final days of the Republic.

Both previously mentioned books have gear and universal talent tree to make your Clone Trooper or Jedi Padawan/Knight/General/Master exactly how you want them. They also include several event seeds and adventure ideas for GMs to get a Campaign in this era rolling.

The final Three books in the series at the moment are Gadgets and Gear, Allies and Adversaries, and Starships and Speeders, and are general guide books thar collate all the different data sheets from across the range into three convenient books.

To get started all you truly need is a core book of whatever style of game you want to run, and a set of the proprietary dice that go along with the system (more on those in another article as well) or a generic set of D&D dice as all three core books have conversion charts to make any D20 standard set work with this system. You will also need pen and paper and a couple people to play with, and an active imagination will see you through the rest.

There are several online resources that are amazing for helping new players, I’ll list a couple of my favorite to help get you started.

https://swsheets.com/ is an online fillable character sheet perfect for those that have a habit of forgetting their sheets at the house.

https://star-wars-rpg-ffg.fandom.com/wiki/Star_Wars_RPG_(FFG)_Wiki this is the link to the wiki for the system and also has lists covering all the species and equipment available to players

That is it for today folks, next time we will break down the dice system. Until then May the Force be with you. 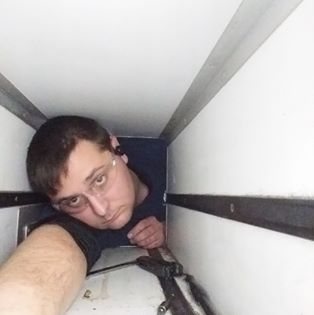 Chris Grant is an unapologetic Star Wars nerd that loves everything the Galaxy, far, far away... has to bring to the table top. When he's not planning his next SW RPG session, he can be found painting his way through a variety of table top miniatures on his social media pages.
Check him out at his Miniature Studio on Instagram here...