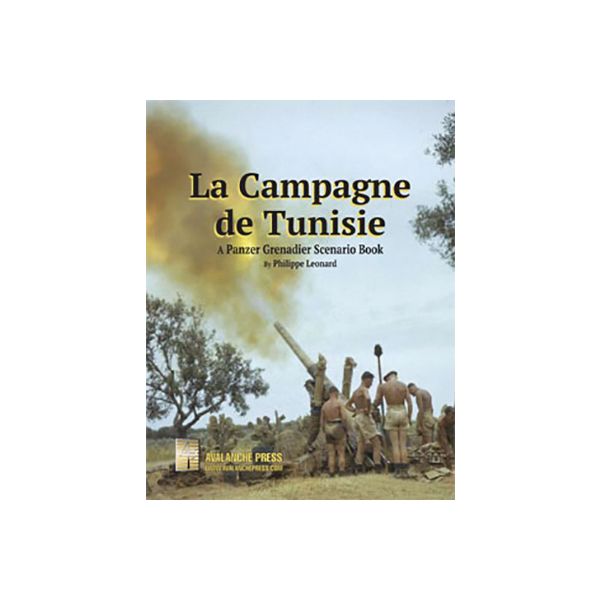 Great War at Sea: Rise of the Dragon

$24.95
Availability: In stock
Only 1 left
SKU
APL 0880
Facebook Twitter LinkedIn Google + Email
Add to Wish List Add to Compare
Details
In October 1942, five American officers, including General Mark Clark, met with various French administrators and military commanders to determine their potential reaction to the landing of an Allied force in French North Africa. The French Army looked with some favor on the enterprise, as did the French air forces. The Navy, however, was opposed. General Clark reported that Operation Torch would not have extensive opposition from the French. What followed between the Torch landings and the ultimate surrender of Axis forces in Tunisia was the death and rebirth of an army. La Campagne de Tunisie is a Panzer Grenadier supplement containing 12 scenarios depicting the French experience in North Africa from the Torch landings through the Tunisia campaign.
More Information