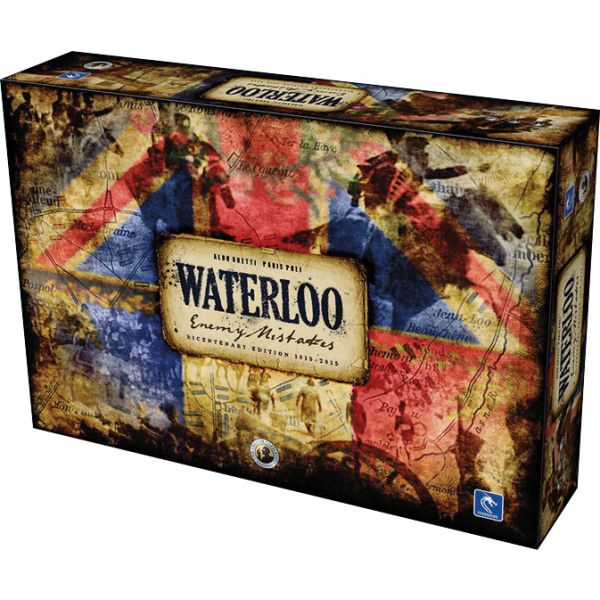 $59.00
Availability: Out of stock
SKU
AGS PG011
Facebook Twitter LinkedIn Google + Email
Add to Wish List Add to Compare
Details
Waterloo: Enemy Mistakes is a strategic game about the immense last battle of Napoleon Bonaparte that forever changed thedestiny of modern Europe. Waterloo: Enemy Mistakes recreates the clash between the British lineup, helped along by the Prussian army, and the French one. The players identify themselves with the Commanders of the armies: in two players one leads the Duke of Wellington, in opposition to Napoleon Bonaparte. To complete the picture there will be, eventually, a third player in control of the field marshal Gebhard Leberecht von Blcher, leader of the Prussians.
More Information