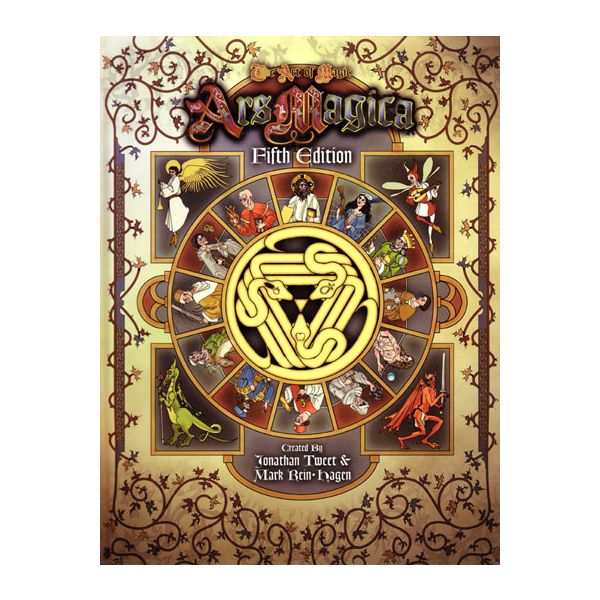 $33.95
Availability: Out of stock
SKU
ATG 0205
Facebook Twitter LinkedIn Google + Email
Add to Wish List Add to Compare
Details
Imagine an age where myth is real and where the superstitions of the common folk hold true: faeries dance in forest glades, angels protect the Church, demons corrupt the weak, and wizards wield magic beyond the ken of other mortals. In Ars Magica, you play these magi, gathered in covenants with your allies and servants, unlocking secret powers and creating wonders. You and your friends will also portray the loyal companions and grogs who stand with the magi, as a buffer between them and the mundane world that often misunderstands their power and motives. When adventures draw you out into the medieval world of Mythic Europe, your stories are the stuff of legend.
More Information