Hey guys and gals, there have been a lot of questions about the ways to acquire the new "Godzilla" (MONSTER) cards from the new
MTG set Ikoria: Lair of Behemoths, so we're here to try and simplify things for you!

First and foremost, there are 19 available MONSTER cards from Ikoria. These can only be acquired in a few different ways: Buy-A-
Box promo, Box Topper packs, Collector Booster packs and Japanese Booster packs.  1 Buy-A-Box promo, 15 "CORE
SERIES" MONSTERS and 3 "JAPANESE SERIES" MONSTERS.  The 3 JAPANESE SERIES MONSTERS will appear in JAPANESE regardless of where you acquire them from, the other 15 will appear in the same language as the product you are opening.  Each has a FOIL and a NON-FOIL variant.  So let's go through of these one at a time to keep things as clear and concise as possible.

WPN Stores will be alotted a limited quantity of FOIL Buy-A-Box promo cards.  This is a FOIL MONSTER card and it is the only
way to acquire the FOIL version of this MONSTER so be sure to get a box quick before supplies run out. You can pre-order these with us now for $99.95.

Don't be discouraged if you can't get your hands on this MONSTER, you can still get it by other means, but this is the only way to get it in FOIL.

With the purchase of every box you will also get a single card Box Topper pack (exactly the same as Ultimate Masters booster boxes).  This pack is guaranteed to have a FOIL MONSTER card. The Box Topper packs will have 1 of the 18 CORE SERIES MONSTER cards.

The contents of the Collector pack is as follows

These are essentially the same as the last couple of sets. One slot in the pack is GUARANTEED to be a MONSTER card.  This can be any of the 19, INCLUDING THE BUY-A-BOX PROMO, however they are NOT GUARANTEED to be FOIL. **(The Buy-A-Box MONSTER is guaranteed to be NON-FOIL)**

Japanese Booster Packs will also have a chance at having any of the 15 CORE SERIES or the 3 JAPANESE SERIES MONSTER cards.  The rate is supposed to be about 1/4 to have a NON FOIL MONSTER and around 1/60 to have a FOIL MONSTER card.

Hopefully this is a good and simple explanation of how to acquire these highly sought after collectibles. 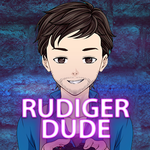 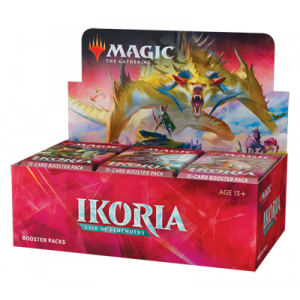