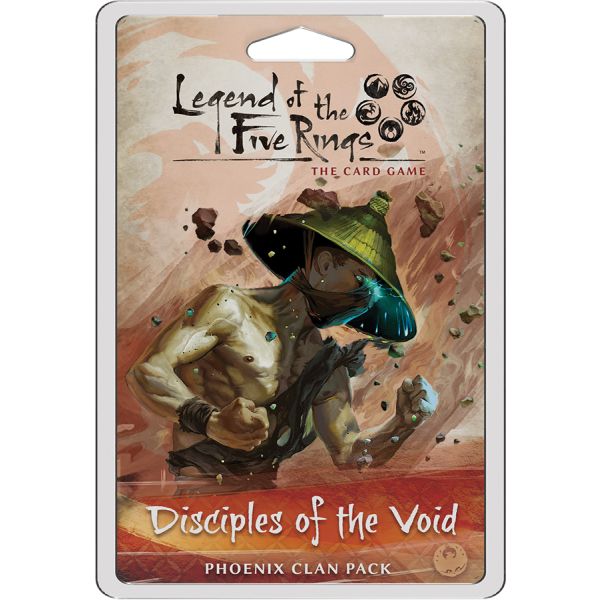 Legend of the Five Rings LCG: Meditations on the Ephemeral Dynasty Pack

Legend of the Five Rings LCG: Breath of the Kami Dynasty Pack

Legend of the Five Rings LCG: Disciples of the Void - Phoenix Clan Pack

$19.75
Availability: In stock
Only 1 left
SKU
FFG L5C08
Facebook Twitter LinkedIn Google + Email
Add to Wish List Add to Compare
Details
The mystical Phoenix mediate between worlds - the physical and the spiritual, appealing to the very soul of the land. Mountains collapse at their whispered requests, dry rivers are convinced to flow again, plagues are banished, restless ghosts return to slumber, and crops flourish in previously barren wastelands. More than that, the Phoenix are the caretakers of the Emperor`s soul. In tune with the spiritual side of Rokugan, they would be the first to know if things were to fall out of balance... Primarily focusing on the Phoenix Clan, Disciples of the Void features a different spell for every element, a bevy of Shugenja with powerful effects, and a new role card. Each Clan Pack for the Legend of the Five Rings: The Card Game contains 78 new cards (three copies each of 25 different cards and one copy each of three different cards).
More Information