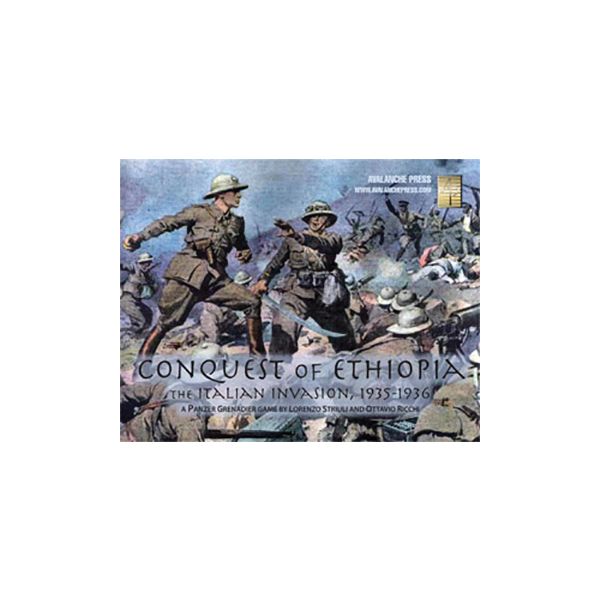 $89.00
Availability: In stock
Only 1 left
SKU
APL 0328
Facebook Twitter LinkedIn Google + Email
Add to Wish List Add to Compare
Details
Without the formality of a declaration of war, in October 1935 Italian armies stormed into Ethiopia from both north and south. Badly outgunned and outnumbered, the Imperial Ethiopian Army resisted for six months before its final collapse. Ethiopian valor meets Italian tanks, aircraft, and poison gas in Conquest of Ethiopia, a stand-alone game of the Italian invasion of Abyssinia, 1935-36.
More Information